Spain, ready to create a national project around green hydrogen

Last week, the Ministry for the Ecological Transition and the Demographic Challenge of the Spanish Government gave the green light to the “Hydrogen Roadmap: a commitment to renewable hydrogen”, which underlines green hydrogen as a key element in achieving climate neutrality and a 100% renewable electricity system by 2050.

Spain thus joins other countries such as Japan, China and France, which have resolved that the road to decarbonisation requires placing green hydrogen as the central axis of their future energy strategy.

Through the deployment of green hydrogen, the authorities aim to promote the development of innovative industrial value chains, generate employment and economic activity and contribute to the revival towards a green economy with high added value.

Green hydrogen as an energy vector

Hydrogen is not a primary energy source (like the sun or wind), but an energy vector. That is, a manufactured product capable of storing energy that can later be released. When renewable energies are used in the manufacturing process, the hydrogen obtained is considered “green hydrogen” or “renewable hydrogen”.

Citizens and entities involved in the hydrogen value chain participated in the preparation of the Hydrogen Roadmap.

Renewable hydrogen is positioned as one of the main energy vectors, as its production and consumption is climate neutral and does not generate polluting emissions.

It also has a variety of uses, including land, maritime, air and rail mobility, industry and electricity generation. It is one of the important players in the energy transition, as it makes the decarbonisation of all sectors possible, and allows energy to be stored on a seasonal basis.

The Roadmap sets out national objectives for promoting renewable hydrogen by 2030 and, based on these, designs a vision for 2050, the year by which Spain should have achieved climate neutrality and have a 100% renewable energy system.

The objectives, in line with the targets set by the European Commission in its Hydrogen Strategy, are as follows:

In addition, the document proposes 60 measures, grouped into four areas of activity: regulatory; sectoral; transversal (to raise awareness of renewable hydrogen’s potential in society as a whole) and promotion of related R&D&I.

An opportunity for Spain

In this sense, the Roadmap identifies the opportunities that promoting national production and using renewable hydrogen represent for Spain.

Spain joins other countries that consider that the path to decarbonisation requires placing green hydrogen as the central axis of their energy strategy for the future.

This document underlines how the development of renewable hydrogen in Spain will bring environmental, business, economic and social benefits, such as:

To draw up the Hydrogen Roadmap, the Ministry for the Ecological Transition and the Demographic Challenge carried out a public consultation with the aim of gathering feedback from citizens and institutions potentially involved in the hydrogen value chain, which included Enagás.

The company, which is committed to producing green hydrogen, given it is 100% renewable, is heavily involved in specific projects. It also has infrastructures that are technically prepared to transport and store hydrogen and other renewable gases such as biogas/biomethane.

In fact, it is one of the eleven European gas infrastructure companies driving the European Hydrogen Backbone plan for the development of a specific hydrogen transmission infrastructure. This project has recently been recognised by the European Commission as a strategic project for the deployment of green hydrogen in Europe and selected to receive a 10 million euro grant. It aims to produce at least 300 tonnes of renewable hydrogen from solar energy per year to be used in mobility (bus fleets, rental vehicles, etc.), to generate heat and power in commercial and public buildings, and to supply auxiliary power to ferries and port operations. Furthermore, as a demonstration, injecting part of the hydrogen produced into the island's gas network is being considered. It is expected that this will reduce the island's annual CO2 emissions by up to 20,700 tonnes. The proposal is being coordinated by Enagás and promoted by Acciona, Cemex and Redexis, and is part of a reindustrialisation plan in Lloseta. The project in La Robla (a region particularly affected by the energy transition) involves producing approximately 9,000 tonnes of green hydrogen per year, from 400 MW of photovoltaic solar energy and 60 MW of electrolysis, for local use, injection into the gas network and future export to northwest Europe. This is the first example of hydrogen injection in an operational gas network in Spain. It allows the carbon footprint of the regasification plant to be reduced, and allows Enagás to gain experience in managing mixtures of natural gas with hydrogen. The project has been planned in two phases: firstly a technological demonstration (already operational), to inject renewable hydrogen into fuel gas for flare pilot burners, and subsequently a scaling phase, to eliminate 100% of the self-consumption of gas and associated carbon dioxide emissions. A pilot project on a European scale located in the Port of Valencia that develops and validates the transformation of two machines (telescopic crane and truck head) to hydrogen under real operating conditions. The project involves developing a hydrogen generator, as well as studying and developing hydrogen supply logistics in the Port. The Valencia Port Foundation (coordinator), the Port Authority of Valencia, the National Hydrogen Centre and the private companies MSC Terminal Valencia, Grimaldi Group, Hyster-Yale, Atena, Ballard Power Systems Europe and Enagás are taking part in the project. Development of technology capable of transforming solar energy into chemical energy to produce 100% renewable green hydrogen. The process is direct, with no external input of electrical energy, and reduces the carbon footprint by more than 90% compared to other conventional processes. This is a new and disruptive project, which aims to achieve a competitive price for hydrogen by displacing current solutions that are less efficient. The Catalonia Energy Research Institute (IREC), the University Institute of Electrochemistry of the University of Alicante, the Aragon Hydrogen Foundation and the engineering company Magrana are all taking part in the project, which is financed by the Centre for the Development of Industrial Technology and the European Union. After the first pilot phase, the challenge is to achieve a commercial and competitive technology. 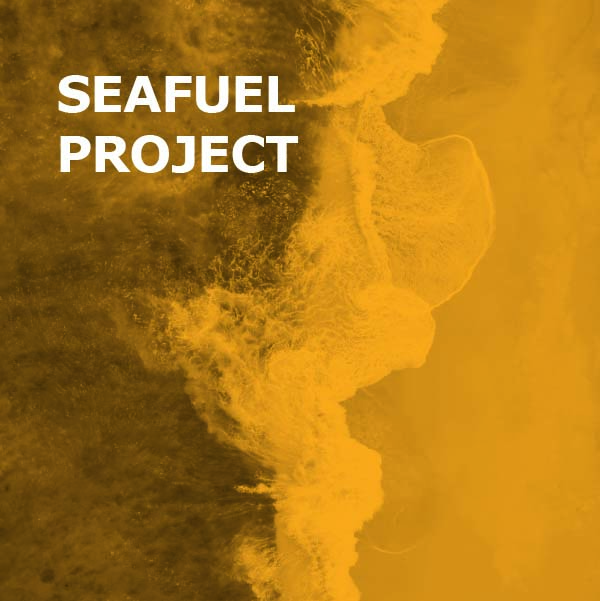 The project aims to demonstrate the feasibility of powering local transmission networks with green hydrogen produced from renewable sources and seawater. The project also involves developing a hydrogen generator to supply hydrogen to maintenance vehicles of the Institute of Technology and Renewable Energies (ITER) of Tenerife. The hydrogen generated will be used to replace diesel vehicles with hydrogen vehicles. There are nine partners and six associate members, including the University of Galway as coordinator and Enagás as one of the associate members. Today there are railway lines where electrification is not possible and the train is driven by diesel locomotives. In these cases, renewable hydrogen-powered fuel cells can certainly be of use. Renfe, in collaboration with Enagás and the National Hydrogen Centre, has launched a project, which is supported by the EU, to carry out tests in the Fundación Barredo's test tunnel.
countriesdecabornisationdescarbonizaciónEnagáshoja de ruta del hidrogenoroad map of hyfrogen