Celia and Alba are two engineers who like to take it a step further. For this reason, they have taken the opportunity they have been given by becoming finalists in the Ingenia Energy Challenge awards, promoted by Enagás Emprende, to launch their own professional project for the generation of hydrogen from beer bagasse: B-Hydrogen. From their position, they encourage other women to become entrepreneurs. 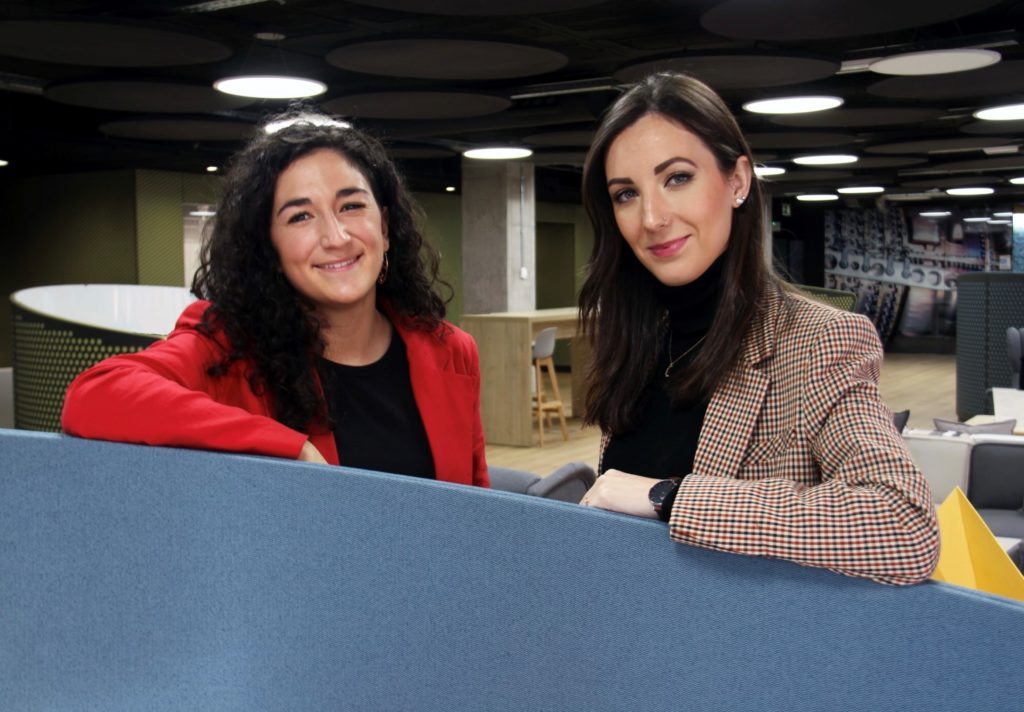 Celia: When I joined Enagás at the end of 2018, through a scholarship, I knew several people who worked at Enagás Emprende or in its start-up ecosystem. There was a moment when I somehow saw myself reflected in one of them. In a way, they served as an inspiration: they were young people like me, with similar training, common interests… and day by day I observed that they were turning their ideas and motivations into their professional present, and I said: Why not me? With this thought running around in my head, it just so happened that the Ingenia Energy Challenge was launched and I saw the perfect opportunity to put it into practice. Alba and I have known each other for almost 15 years, and I thought of her as a partner for this adventure. I called her on the phone, told her what I had in mind and… that’s how it all started.

Alba: In my case, that call was the final push I needed to launch myself into entrepreneurship. The programme was presented as an opportunity to showcase all the time and effort put into shaping this idea. The entrepreneurial ecosystem is still something unknown to many people and it generates doubts, but what Celia told me, convinced me and I thought the same as her: “why not me?

“The Enagás Emprende team has accompanied us throughout the process of developing our idea, providing us with training and all kinds of resources. Their approachable and honest way of working has always made us feel supported”

Celia: Because of our training, both Alba and I have worked closely with  terms such as “circular economy“, “energy integration”, “smart cities”, and so on. In our minds there was always the intention to go one step further in terms of sustainability, not only looking for environmentally friendly actions but also looking for the huge amount of waste that we generate to be somehow used as raw material for other processes.

Along these lines, Alba completed her Final Dissertation on the production of hydrogen from beer bagasse.  I had the opportunity to read it carefully and I thought it was a marvel of work, with huge potential. We gave it a little twist to adapt it to what we were looking to show and we threw ourselves into the challenge.

Alba: I discovered that the main waste from breweries – bagasse – was not being used to its full potential, and this is where the idea of producing hydrogen from it came from. At that time, hydrogen was mostly limited to the field of research, but since last year in our country, there has been a clear commitment to this energy alternative as a key to the mix of the future. We are aware that it is a long-distance race, but it seems that time is gradually proving that those of us who ventured and believed in this potential at the time are right.

Alba: Our participation in the Ingenia Energy Challenge has played an essential role for B-Hydrogen. From the outset they believed in our proposal and the Enagás Emprende team have supported us at all times during the process of developing the idea, providing us with training and all kinds of resources. Their way of working, close and honest, has always made us feel supported. Moreover, for me, being integrated as a member of this team performing other functions in addition to the B-Hydrogen project itself, has contributed in a very positive way to my professional development.

Celia: The support they have given us throughout this time has been incalculable. We have been fortunate to have had great professionals advising and guiding us through the different stages we have gone through, but at the same time always respecting our own decision making. The great integration that B-Hydrogen has had in the entrepreneurial ecosystem is thanks to the entire team behind Ingenia Energy Challenge, so for us it will always be our valuable starting point.

Alba: The presence of women in entrepreneurship is crucial. There is still quite a disparity between men and women when it comes to entrepreneurship, but it is true that growing numbers of women are starting out in this world. I recently read that in Spain there are 9 women entrepreneurs for every 10 men, somewhat higher than the European average which is a ratio of 6 to 10. Fortunately, the generations that are gaining ground in the labour market increasingly have more women who are very qualified and who find themselves in a world that is gradually becoming more open, and this is something that is also being seen in the world of entrepreneurship.

Celia: There is still some way to go, at least in leadership positions. The South Summit entrepreneurship map showed that only around 20% of Spanish start-up projects are spearheaded by women. The figure is still too low. For this reason, initiatives such as the one carried out by Enagás on Women Entrepreneurs Day, giving voice and visibility to extremely talented women who are at the head of high-level entrepreneurial projects, are a source of inspiration for other women who are thinking of embarking on this path.

Alba: If they have an idea which they believe in and are committed to, they should not be afraid to undertake it, and even less so if those fears are unfounded because of being a traditionally male sector. Since we started the journey with B-Hydrogen, we have not experienced any barrier or prejudice because of being women.

Celia: We can only encourage all women who are considering entrepreneurship to believe in themselves and in their talent to pursue any challenge they set themselves. Women have a lot to contribute and we are already doing so.

Alba: Every day we see innovative projects that would fall on deaf ears if the entrepreneurial ecosystem did not exist, so we must take care of it and keep working on it. Innovation is undeniably the foundation of the energy change process, and entrepreneurship is the most natural and powerful way for all innovative ideas and disruptive technologies to be tested and become a reality. Renewable gases not only contribute to this carbon-neutral horizon, but also to the much-needed offshoring of energy and the essential development of the circular economy, which makes them a key player in the change.

“There are incredible ideas and projects that, for different reasons, may not be able to be developed in companies. And that talent must be harnessed. Entrepreneurship is a great channel to bring them to fruition”