Towards more sustainable mobility after COVID-19

COVID-19 lockdowns have reduced almost all traffic in cities. People have been forced to stay at home and public transport services have been stopped. At the same time, international migration flows have ceased due to border closures.

Now that the state of emergency is over, as we move towards what some call the ‘new normal’, we have realised that certain approaches that we took for granted at the beginning of the year need to be revised. New initiatives, arising from urgent need, have become useful, valid and desirable.

We have discovered what cities are like without traffic, noise and with a significant drop in pollution levels. In this context, countries are making efforts to develop new plans for mobility that contribute to making our cities better places to live in, and that make it possible to achieve the objectives of decarbonisation in the medium and long-term. According to data from the International Energy Agency (IEA), transport accounts for 28% of the world’s final energy demand and 23% of the world’s carbon dioxide (CO2) emissions.

Recently, the Boston Consulting Group surveyed 5,000 residents in major cities in the U.S., China and Western Europe (France, Germany, Italy, Spain and the U.K.) about their post-lockdown mobility preferences. The results show that between 40% and 60% of respondents in the three regions will use public transport less or much less frequently, in favour of walking, cycling or driving their own car. Other modes of mobility, such as carpooling, will also be used less frequently, but will not experience as pronounced decreases as public transport, according to this survey.

Natural gas and renewable gases, such as biogas or green hydrogen, will play an important role in the great technological leap in energy that the world will experience, by facilitating the improvement of air quality and the reduction of emissions

In China and the United States, citizens have chosen to travel by car as a way of guaranteeing isolation from others and thus avoiding contagion. Official sources from the Spanish Union of Insurance and Reinsurance Companies (UNESPA) point out that Spain is also expecting an increase in the use of private transport. But travelling in our own cars as a shield to avoid risks, is not the only solution, if only because of the associated environmental effect and the impact it has on the development of cities, which had been trying to avoid the overcrowding of vehicles for a long time before the pandemic.

Bogota and Milan have created bicycle lanes and expanded pavements because of the pandemic, an initiative that they will maintain indefinitely. In France, the government is trying to make the bicycle the main means of urban transport. In Scotland, Glasgow is offering free rides on the municipal bicycle network, while cities like Berlin and Budapest have increased the space of their lanes. 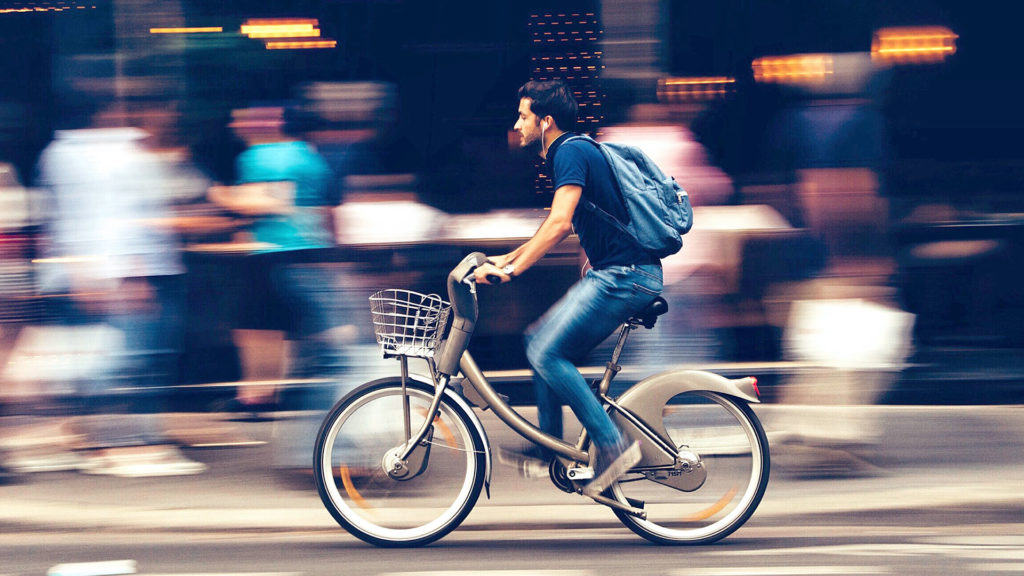 There are many examples and mobility planning companies see a perfect opportunity for a change. Madrid has announced that during July it will create provisional bicycle lanes to respond to the boom in this type of transport, while pointing out that the measure may become definitive. The city council has also decided to take measures to prevent private vehicles from flooding the city’s streets again. Thus, it has announced a provisional extension of 42 kilometres of bus lanes. Similar initiatives have been undertaken in other cities. For example, the mayor of Bilbao has declared his intention to “make access for private vehicles more difficult, we are focusing on pedestrians”.

On behalf of the Government, the Minister for Ecological Transition and the Demographic Challenge, Teresa Ribera, has sent a letter to the Spanish Federation of Municipalities and Provinces (FEMP) asking municipalities to promote the bicycle as an alternative means of clean and sustainable transport for gradually exiting from the health crisis. She is suggesting to the municipalities that they favour the opening of the public shared bicycle services, with the necessary guarantees and precautions to avoid contagion (use of gloves, disinfecting the vehicles several times a day, etc.).

Meanwhile, public transport is being affected by citizens’ fears of contagion. Passenger numbers have dropped by 70% to 90% in the world’s major cities. The managers of these infrastructures are now concerned with recovering previous levels of use, while implementing strict hygiene protocols and health controls for passengers. They are also promoting the use of alternative fuels such as renewable gases and natural gas to help reduce urban pollution on its return to the ‘new’ normal.

Thus, some Spanish city councils are equipping themselves with fleets of buses that run on cleaner energy, such as liquefied natural gas (LNG), something that is being promoted by the mi ciudad a todo gas initiative, by companies and cities committed to improving air quality and which are committed to the use of natural gas and renewable gases for more sustainable mobility.

In the last month we’ve learned that:

Natural gas and renewable gases, such as biogas or green hydrogen, will play an important role in the great technological leap in energy that the world will experience, by facilitating the improvement of air quality and the reduction of emissions.

And while all this is happening, various voices point to the international mobility of people as one of the causes of the rapid spread of the virus. Theories aside, according to the UN World Tourism Organization (UNWTO), tourism in 2020 is going to be reduced by 60-80 percent, thus interrupting a rising trend that had been occurring for more than a decade.

With certain restrictions, international borders are opening up. But the population now seems more inclined to travel locally, avoiding tourist trips and also work commitments that seemed unavoidable a few months ago.