More and more countries are trying to develop a more sustainable energy model, and Mexico is one of them. The North American country wants to play a starring role in this new industry by taking advantage of its privileged geographical location, which, together with its weather conditions, would allow it to generate green hydrogen relatively easily.

A territory must have competitive renewable energy sources (wind or solar) to be used to produce green hydrogen, and Mexico does. At the same time, it has the capacity to distribute hydrogen to third parties, thanks to its access to both the Atlantic and Pacific oceans.

Mexico has part of the infrastructure ready to start developing this technology: ammonia plants which are currently idle, and which could be used without having to make very large outlays.

Private initiatives, the main drivers of the green hydrogen economy

In Mexico, the private sector is leading the development of green hydrogen. The Mexican Hydrogen Association, to which the Spanish company Enagás also belongs, was founded with the aim of encouraging the government and institutions to create the momentum which these technologies need. The Mexican Hydrogen Association is made up of a group of researchers, academics and entrepreneurs, who analyse the hydrogen situation in the country and detect opportunities and possible barriers for its implementation. These include creating a broader hydrogen regulatory framework. The current framework takes into account some energy uses of hydrogen, but it needs to be formally defined and regulated, and have more integration. 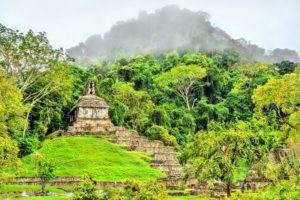 Its founder, Israel Hurtado, points out that “Mexico has an excellent competitive edge in relation to the rest of Latin America and Europe: it has the advantage of being near the United States. It can use its solar and wind potential to produce green hydrogen and sell it to the world’s leading economy. Or Mexico can also develop electrolyser technology and lower its production costs”.

The green hydrogen boom is a global phenomenon and Mexico is definitely on board. The country has a well-developed energy infrastructure that could be used in the development of green hydrogen. The regions with the greatest renewable energy potential in Mexico are also where most potential hydrogen consumers are located.

The new hydrogen technology will also help consolidate the use of renewable energies, one of the American country’s strengths. It can also release Mexico from its current dependence on hydrocarbons. The production and use of green hydrogen can be a highly effective vehicle for meeting the country’s climate commitments.

A number of national and international companies have already spotted the potential of green hydrogen development in Mexico, and the first initiatives to promote this new technology are emerging.

One of the main projects being evaluated by the Ministry of Environment and Natural Resources is the construction of a 58 MW solar power plant for the generation of green hydrogen in Guanajuato. The project is expected to have around 140,000 solar modules producing 4,425 tonnes of green hydrogen per year.

Initiatives such as these are just the beginning of Mexico’s journey to become a hub of the green hydrogen economy in the Americas.