The next green hydrogen milestones

Over half the hydrogen deployment projects announced in 2021 are being developed in Europe. But this technology has to meet a number of important milestones before it can be deployed on a large scale

Last December, the European Hydrogen Week came to a close in Brussels, an event that addressed the opportunities for hydrogen production and use, with a clear goal: to move towards a hydrogen strategy for the European Union that will help achieve the objectives of the European Green Deal.

From the opening speech, Ursula Von der Leyen made a plea for the important role that green hydrogen will play in the ecological transition in Europe. As an example, the president of the European Commission highlighted that more than half of the hydrogen deployment projects announced in 2021 worldwide are being developed in Europe.

One of these projects is Green Hysland on the island of Mallorca, considered by the EC president as a great example. “It is the first hydrogen valley on a European island. It will generate, distribute and use at least 300 tonnes of renewable hydrogen each year produced from solar energy,” he said in October 2021.

The commitment to clean hydrogen is, together with the promotion of electric vehicles and green taxation, one of the keys to the European Green Deal. This strategy is in turn based on the target of achieving climate neutrality by 2050 and a 55% reduction in emissions by 2030 in the EU countries as a whole.

The commitment to clean hydrogen is, together with the promotion of electric vehicles and green taxation, one of the keys to the European Green Deal

Hydrogen produced from water, using electricity from renewable energies, does not emit CO2. Thus, this hydrogen, called green, is considered an effective solution that helps decarbonize the energy mix.

The European Commission has a clear roadmap that is explained in the European Hydrogen Strategy, developed within the framework of the Green Deal. This strategy sets out the next steps to be taken:

Installation, before the end of 2024, of electrolysers next to the most important demand centres, such as refineries or chemical industries; as well as the distribution of hydrogenerators for refuelling fuel cell vehicles (first buses and then electric trucks, mainly).

The second phase, from 2025 to 2030, is expected to see a substantial improvement in the deployment of hydrogen technology. With the support of businesses and public administrations, the aim is to bring this energy to different industries and means of transportation. In this way, it is expected to contribute to making the electricity system more flexible, strengthening the use of renewables and improving supply security.

The third phase, established between 2030 and 2050, corresponds to the maturity of hydrogen technologies. In this context, these systems will be able to reach more complex sectors in terms of cost or technical feasibility. During the 20 years of the last phase of the European Hydrogen Strategy, the aim is to reach a scenario in which a quarter of renewable electricity is used to produce green hydrogen. 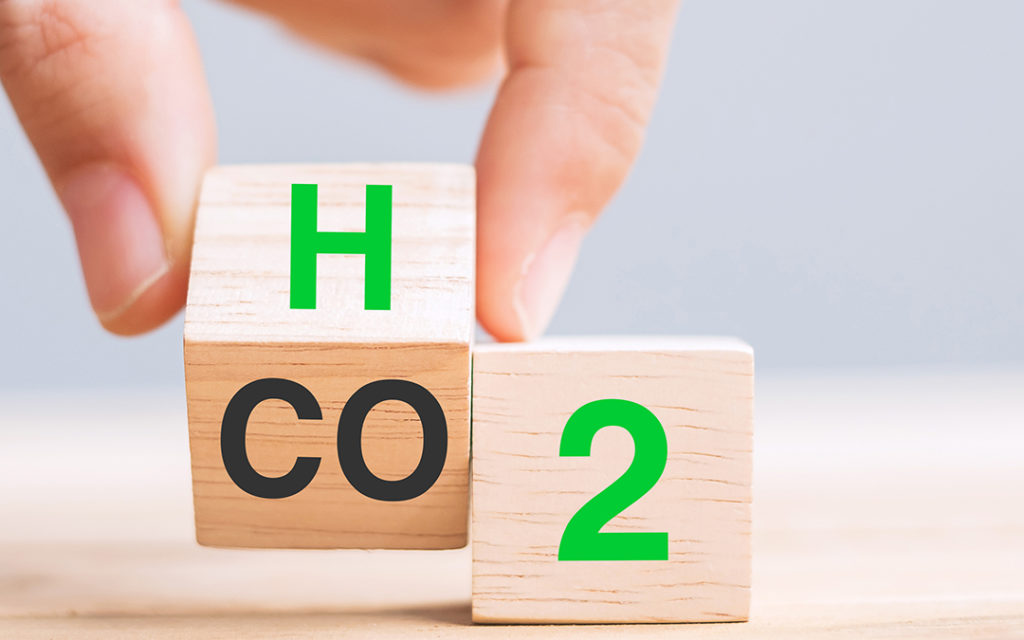 One of the prerequisites for increased production of clean hydrogen is cost reduction. This is where the EU sets itself the main target to reach the first milestone: to bring the price of green hydrogen below €1.80/kg by 2030. And to reach this milestone, we need to continue promoting technological development.

The development of clean hydrogen technologies is a key factor, both for cost reduction and for the expansion of its own use. One of the most promising potentials of green hydrogen is its contribution to the decarbonisation of complex sectors, such as industry. But first it is important to advance its take-up in other areas. In this regard, Von der Leyen predicted the possibility of seeing the first hydrogen-powered aircraft within the next 10 years.

The development of clean hydrogen technologies is a key factor, both for cost reduction and for the expansion of its own use

Accordingly, clean hydrogen that is cost-effective and widespread in various sectors will play a key role in the climate targets set for 2050 in the European Union.

The leadership that the European Union is assuming in the field of green hydrogen is essential for member countries to develop their own plans to promote the common goal, through public aid, subsidies and public-private partnership. In this regard, Spain launched the PERTE (Strategic Project for Economic Recovery and Transformation) calls for renewable energy, renewable hydrogen and storage on 20 December.