The pandemic caused by Covid-19 has led to a general state of uncertainty. Our lives have been transformed by an unprecedented situation, and elements that underpin our day-to-day routine such as work, education and social life have been altered with it.

Five years have now passed since representatives from the majority of countries worldwide signed the 2030 Agenda, which set out 17 Sustainable Development Goals for that year. These included the need to end poverty and hunger, ensure quality education and achieve gender equality. Covid-19 came at a time when we were working towards those goals – it has been a defining moment that has further underlined the inequalities we were already fighting against.

2020 was going to be, without doubt, a decisive year, marking the beginning of the “Decade of Action” in terms of Sustainable Development Goals. With the arrival of the pandemic and in light of the many emergencies that would unexpectedly arise from it, the Global Compact warned of the effects Covid-19 could have on the goals being met by 2030. 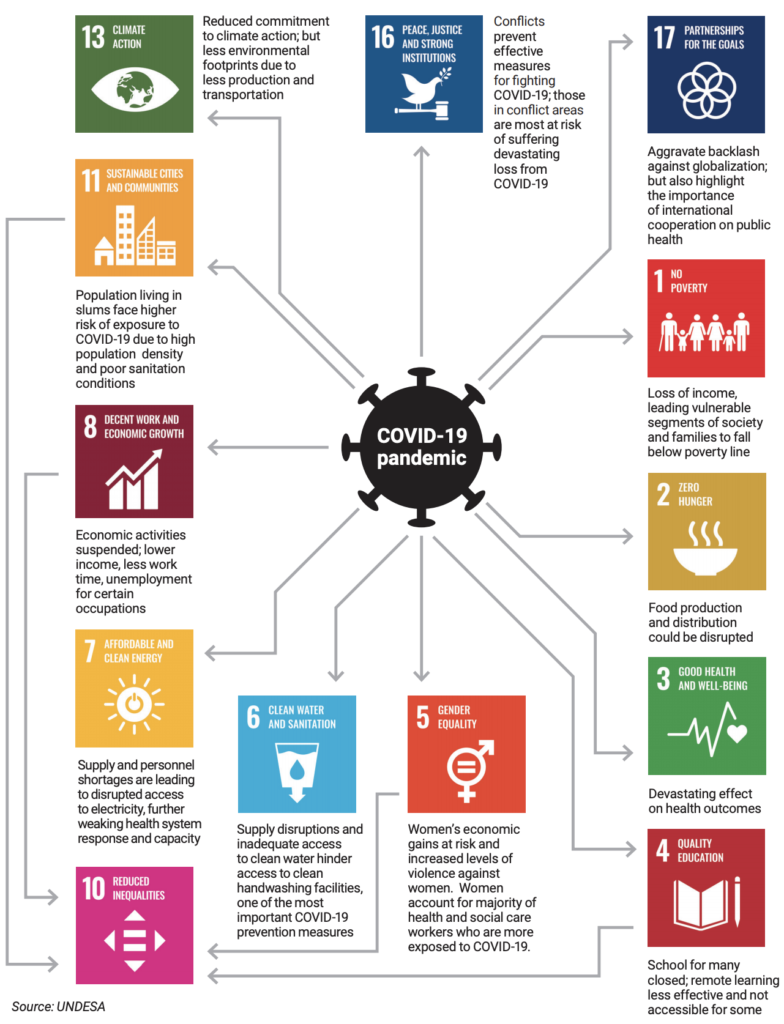 However, as various experts from the world of economics, politics and business, as well as the Minister for Ecological Transition and the Demographic Challenge, Teresa Ribera, have stated, sustainability has been positioned as one of the essential axes for recovery since the beginning of the pandemic. Will we be able to maintain the commitment to sustainable development and SDG?

With the arrival of the pandemic and in light of the many emergencies that would unexpectedly arise from it, the Global Compact warned of the effects Covid-19 could have on the goals being met by 2030.

Many sectors of society, including companies such as Enagás, have already responded to the call from the Secretary-General of the United Nations, António Guterres, to mobilise in this “Decade of Action”. The United Nations stresses the need to accelerate sustainable solutions to the world’s major challenges. Specifically, the Spanish Network of the United Nations Global Compact has broken these down into three main challenges:

“Funding the 2030 Agenda was already a challenge before the crisis began. Its annual deficit was estimated at between 2,000 and 4,000 billion dollars up to 2030, a financial gap that was already difficult to close even with the increase in SRI (Socially Responsible Investing) that was taking place before the pandemic”.

The Global Compact stated that, “the pandemic is a test for societies, governments, businesses, communities and individuals who will have to face together the inequalities that already existed and that are being increased by the current crisis: economic, racial and gender inequalities for example”.

We must up our efforts in the fight against climate change despite the slowdown in the global economy because “climate change continues to advance. The world has made the commitment to keeping the global temperature rise to 1.5°C, but it remains on track for a dangerous 3°C increase”.

According to the report presented by the leading United Nations Environment Programme authority (UNEP), if faster progress had been made in the development of the SDG, we would have been better prepared to deal with Covid-19: “There would have been better health systems, a healthier environment and fewer people in a situation of poverty and inequality”. The Spanish Network of the Global Compact has therefore requested that the initiative be implemented and encourages the different bodies to work in accordance with the message of the 2030 Agenda, appealing “not to leave anyone behind” in this recovery.