In Europe there is a large amount of waste generated from many different sources, posing a major problem for the environment. Due to the wide range of waste products, the approach to tackling this issue is complex, so it is crucial to examine it from a variety of angles.

Fortunately, there are methods to reduce the negative impact of waste on the environment and, in fact, important steps are being taken to mitigate this impact. Examples include the 3Rs (reduce, reuse, recycle), the promotion of sustainable materials, the circular economy, and energy recovery.

The energy sector, which is acutely aware of this issue, has also taken measures. And biogas is one of the great hopes for reversing the situation.

Waste also presents an opportunity, since it represents a valuable resource. Biogas is the predominant form of waste recovery, and is obtained mostly from agricultural waste (agriculture and livestock), agri-food industry waste, and municipal solid waste (MSW) or wastewater (WWTP sludge).

Biogas is produced when microorganisms degrade organic matter by anaerobic digestion (without oxygen), resulting in a gas containing methane and carbon dioxide as its main components. Biogas can be used to produce electrical and/or thermal energy. The removal of CO2 after a purification process, known as upgrading, also produces biomethane, which can be fed into the existing natural gas grid or used as fuel for vehicles, and its conversion is used to generate electrical and thermal energy.

Utilising waste for energy through biogas production has a positive impact on several fronts:

Agricultural biogas (produced from manure and slurry, crop waste, etc.) also produces a high quality fertiliser. In other words, in addition to the energy generated, which can be used for self-consumption or injection into the grid, the processed substrates (digestate) are ideal for agriculture, as they are nutrient-rich. 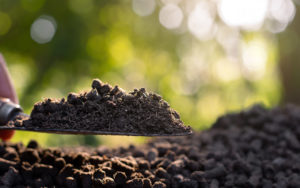 Biogas is a highly valued energy resource in the European Union. With ambitious climate targets and growing concerns about dependence on Russian gas, the European Commission aims to meet 30-50% of Europe’s gas demand with biomethane in 2050.

The European Green Pact includes biogas and biomethane among the technologies to be developed because they contribute to decarbonisation, the development of the circular economy and the integration of energy systems.

Europe produces half of the world’s biogas and biomethane, with almost 20,000 plants. The main European players are Germany and Denmark, which have extensive experience with large-scale production and injection of biogas into the natural gas grid, in contrast to other countries where use is more local.

But Europe sees biogas not only as a mechanism for achieving its sustainability goals, but also as an opportunity for the development of the agricultural and livestock sectors. One of the key institutions of the European Union is the Common Agricultural Policy, which prioritises environmental conditions and good land conditions so as to reduce emissions, improve production, and ensure the economic viability of the sector. Therefore, promoting biogas plants can play a key role in reducing methane emissions and enhancing local cooperation to maximise the value of agricultural operations.

Spain has more than one hundred biogas plants, mainly in landfills, wastewater treatment plants, and agro-industrial operations, in that order, although there are also plants in industries (paper, chemical, food, etc).  The country has also put in place five facilities connected to the gas grid that have the capability to produce biomethane from biogas, such as Valdemingómez in Madrid, which was developed through a public initiative, or UNUE in Burgos, developed through a private initiative.

Despite not being exploited to its full potential yet in Spain, future prospects for biogas look promising.

The government believes that it can fully harness all this potential and, in this spirit, last March, the Council of Ministers approved the Biogas Roadmap for Spain, which outlines 45 measures to increase production almost fourfold by 2030. These measures address five strategic areas:

To address the problem of waste, we must start by avoiding it as much as possible. However, as the generation of waste is unavoidable, we need to focus on reducing its environmental impact while reaping the benefits it can bring.

Biogas is one of our most important allies: It provides local and storable renewable energy, reduces energy dependency, raw material extraction and pollution, and promotes circular economy.