The UK’s path to climate neutrality is now set. Its government’s strategy to reduce polluting gases as much as possible is clear and has hydrogen as its main protagonist.

Its roadmap proposes a green industrial revolution in the short term. To such an extent that it aspires to position the country as an international leader in the promotion of hydrogen technology. To this end, it aims to achieve 5GW of low-carbon hydrogen production capacity by 2030.

Data provided by the UK Government estimates that a competitive hydrogen economy could be worth £900 million, while creating some 10,000 quality jobs by 2030. If consolidated, the evolution could be exponential and there is talk that by 2050 it could employ 100,000 people and be worth up to £13 billion.

The UK government estimates that a competitive hydrogen economy could create around 10,000 quality jobs by 2030

The UK’s approach includes the generation and storage of green hydrogen and blue hydrogen. Its roadmap emphasises the need to reduce the costs of both to encourage their deployment.

The production of these two types of energy is based on different processes. In the case of green hydrogen it is 100% clean gas, as it uses electricity from renewable sources to separate the hydrogen from the oxygen in the water. Blue, on the other hand, involves the production of hydrogen from fossil fuels with the addition of CO₂ capture and storage.

The UK Government has explicitly mentioned blue hydrogen as a key part of its strategy and advocates making the necessary investment in technology to produce it.

If the final use of hydrogen is the use of its energy for heat production, it is possible to combine it with natural gas (blending) in the gas network for joint transport and use at the point of consumption. The UK strategy proposes to blend 20% hydrogen into the existing gas supply, a measure that would result in a 7% emissions reduction in supply. 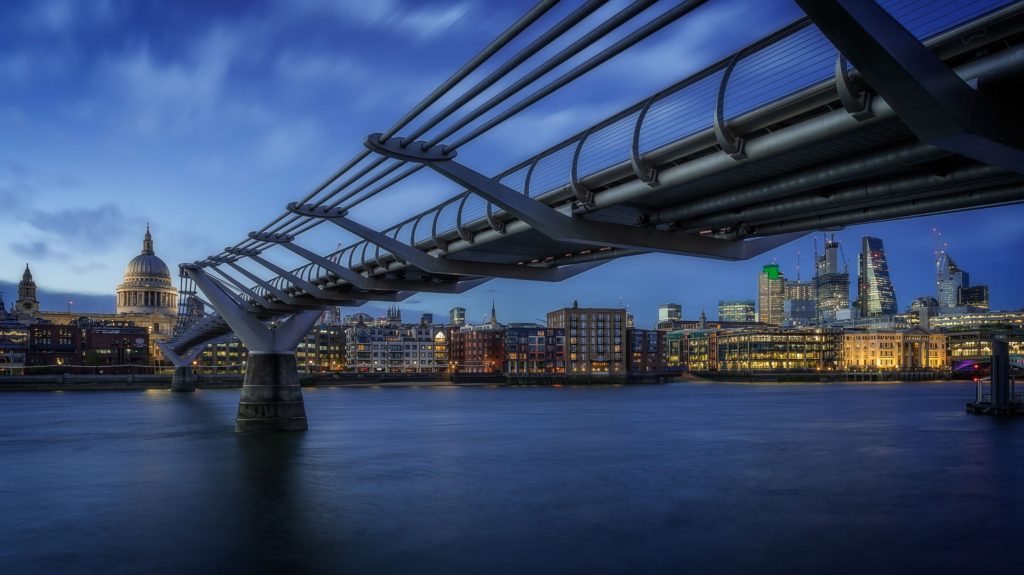 The line drawn by the authorities aims to have between 20% and 35% of the UK’s energy consumption based on hydrogen by 2050. Accordingly, this energy source would be an essential pillar in the goal set by this nation to reach net-zero- emissions in that year.

It is clear that the path has to be gradual and therefore it has set some intermediate targets, such as reducing emissions by around 68% in 2030 and 78% in 2035.

These are the first steps the UK is taking to lay the foundations on which to develop a hydrogen economy. A challenge that requires close public-private collaboration with industry and where research and innovation will play a decisive role.

What is the hydrogen economy?