The energy sector of the future is already being built in Europe, and hydrogen is emerging as a major player, enabling the evolution towards a decarbonized economy.

The starting point for the deployment of this energy source are hydrogen valleys, as they allow hydrogen to be produced close to the places of consumption, as a preliminary step to then be used on a large scale.

What are hydrogen valleys?

Hydrogen valleys are ecosystems in which the production and consumption of hydrogen is facilitated locally. This concept explains how the hydrogen economy will be deployed in Europe, starting in small environments where a large amount of hydrogen is produced for different consumers.

In the next stage proposed by the European Union, the aim is to connect the different hydrogen valleys to deploy this energy source along the entire value chain and increase both utilization and profitability. The creation of “hydrogen corridors” in this second stage will bring hydrogen to different sectors, uses and locations. The final phase will see a network that will bring hydrogen to all consumption points in different countries.

For these ecosystems to become a reality, we need to have a community of companies and institutions that collaborate and support this renewable gas within an industrial environment in which to produce and consume renewable hydrogen.

Accordingly, energy companies play a key role, accompanied by public administrations and institutions, in developing joint hydrogen projects with a clear aim: to unite the points of production and consumption, as this is the only way to create a true hydrogen ecosystem.

Numerous regions are committed to hydrogen development, and many are moving forward with projects to create hydrogen valleys. Moreover, the NextGen-EU funds can also be a mechanism to promote these types of projects throughout the European Union, as they combine some of the key objectives of these grants: boosting innovation, ecological transition, economic recovery, territorial cohesion and the fight against climate change.

Spain is one of the most likely territories to become a benchmark hub for the hydrogen economy in Europe. As well as its industrial and technological capacity, the physical conditions are ideal for the development of renewable energies, which are necessary to produce renewable hydrogen, i.e. without compromising the environment, at a competitive cost.

This advantage can be decisive, as cost is one of the brakes that has slowed the large-scale deployment of renewable hydrogen. 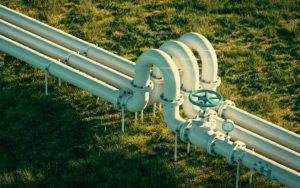 There are currently several hydrogen valley projects in Spain that aim to become an incentive for reindustrialization, sustainable development, just transition and the creation of quality employment on a local scale. These are some of the most relevant ones, in which several energy companies such as Enagás are taking part:

The island of Mallorca has put the spotlight on the potential of hydrogen to transform its economy. Green Hysland is presented as a pioneering project for the production of green hydrogen from solar energy and the development of the entire associated value chain, which allows renewable hydrogen to be brought to the tourism, energy and transportation sectors. With an international vocation, Green Hysland aims to demonstrate the potential of scalable renewable hydrogen to island territories around the world.

This initiative promoted by Enagás, in partnership with the Universitat Rovira i Virgili and Repsol, has been identified by the Regional Government of Catalonia (Generalitat de Catalunya) as a key element for economic recovery.

Having identified 30 projects and with more than 100 public-private stakeholders, it aims to deploy a hydrogen economy in the region that boosts industry, mobility and infrastructure on the road to climate neutrality.

With an investment of 1.3 billion euros up to 2026, which is expected to generate more than 8,000 jobs, the Basque Hydrogen Corridor (BH2C) aims to turn the Basque Country into a renewable hydrogen hub.

The 78 public and private organizations participating in the initiative aim to reactivate the Basque economy through the development of the entire hydrogen technological and industrial value chain to decarbonize strategic sectors such as energy, industry, mobility and services.

The decarbonization of the global economy is one of the main challenges of the 21st century, and the European Union has a clear vocation for climate neutrality by 2050, envisaging a scenario in which the reduction of emissions does not compromise socioeconomic development. Hydrogen is central to this vision to offer a competitive solution; and hydrogen valleys are the first step in achieving this ambitious goal.