The development of this vector will enable it to increase its energy security and resilience, as well as the economic and environmental value of its energy mix.

Following the withdrawal of U.S. support for the Paris Climate Agreement by the previous Administration, current President Joe Biden intends to overcome that hiatus in the fight against climate change. To do so, he wants to leverage its advantages as the world’s leading economy: technological leadership, high investment capacity, one of the world’s leading electric vehicle fleets, an extensive infrastructure network, etc., and to position itself at the forefront in the use of climate-neutral energies.

However, this path is not without its challenges. One of the main ones is the seasonality of renewable energy production and variable weather conditions. For this reason, the U.S. Government has placed the focus on green hydrogen, a technology that can solve the puzzle of storing renewable energies for use when needed. In this way, renewable hydrogen has become one of the United States’ greatest assets to achieve zero CO2 emissions by 2050.

The country has already taken some steps in hydrogen production, although so far it has focused on its extraction from fossil fuels. This trend appears to be changing, with the clear leadership of the state of California, where there is a thriving green hydrogen industry.

In February, the U.S. government announced a plan to promote green hydrogen, to which it will allocate 9.5 billion US dollars. The investment will focus, inter alia, mainly on the creation of regional green hydrogen plants and on electrolysis technology. All with a clear objective: the reduction of greenhouse gas emissions.

This measure is in addition to others that move in the same direction and that, collaterally, could boost the use of green hydrogen in industry. 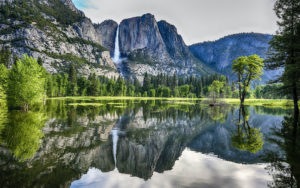 For example, the creation of the Buy Clean Task Force to verify that government purchases guarantee the reduction of emissions and pollution. This measure, which uses purchasing power to drive low-emission businesses, can have a major impact, as the U.S. government is the largest purchaser in the world (with institutions that have very large budgets such as NASA, the CIA, the FBI, the Library of Congress, among many others).

The 2020 Hydrogen Program Plan, prepared by the U.S. Department of Energy in partnership with other agencies such as the Office of Energy Efficiency and Renewable Energy, was already intended at that time to develop a strategic framework for hydrogen R&D&I that would enhance the integration of the country’s energy resources by reducing costs and increasing supply and demand. But, as stated in the U.S. hydrogen plan’s stakeholder statement, the technology’s true potential depends on continued research and development to provide demonstrations and achieve large-scale private sector deployment.

Now, the investment package announced by Biden supports this vision.

In a region as large as the U.S., there are a multitude of situations. There are States that suffer from the seasonality of their energy production. Others have Administrations that are convinced they should decarbonise their grid, and there are some that face a growing demand for gas or have weather problems that condition their electricity production. In all of them, green hydrogen offers an answer.

The U.S. Department of Energy is betting on the widest possible variety of energy sources at domestic level

The federal government’s leadership is absolutely necessary, as it will set a guideline to follow, but it will be up to the individual states to establish their own policies and roadmaps.

Subsidies guarantee the profitability of the technology now, but these cannot be maintained for an unlimited period of time. What they can achieve is to increase interest in green hydrogen, encourage research and technological development or its adoption in sectors with lower entry costs, among other relevant issues.

In a future that is expected to change, the U.S. Department of Energy is betting on the widest possible variety of energy sources domestically, less dependence on foreign sources, new opportunities for exports and preparing the country for a scenario in which flexibility will be key. Specifically in hydrogen, the United States has high hopes for increasing its energy security and resilience, as well as increasing the economic and environmental value of its energy mix.